Have you already registered for the CW threat webinar? (10 days to go)

More than 190 people have already registered.

They come from many countries, including Argentina, Belgium, Brazil, Canada, Germany, Iran, Iraq, Sweden, Switzerland, UK, and the USA.

If you still wish to join the webinar: register at https://bit.ly/34vDJRQ 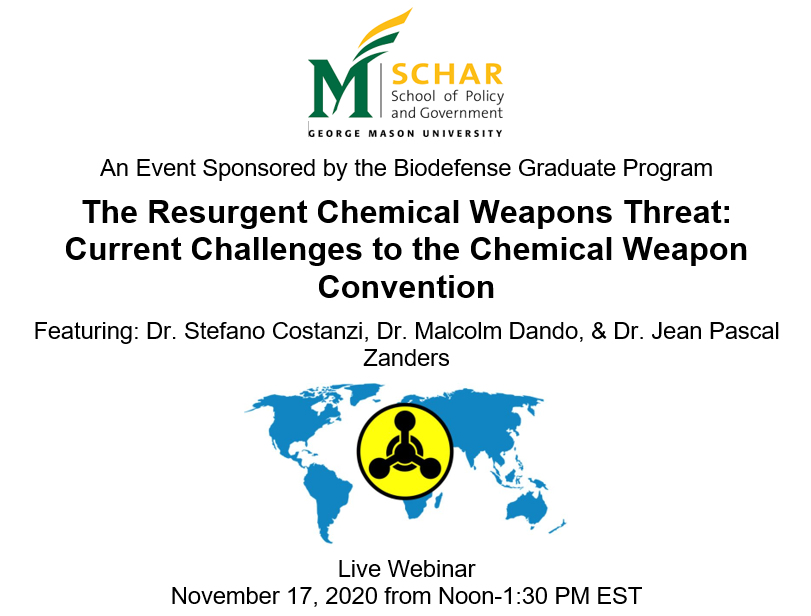 Dr. Stefano Costanzi is an Associate Professor of Chemistry at American University in Washington DC. Dr. Malcolm Dando is a Leverhulme Trust Emeritus Fellow in the Department of Peace Studies at the University of Bradford in the UK. Dr. Jean Pascal Zanders is an independent researcher/consultant on disarmament and security based in France.

The event will be moderated by Dr. Gregory D. Koblentz, Associate Professor and Director of the Biodefense Graduate Program at the Schar School of Policy and Government at George Mason University.

The event is free, open to the public, and will be recorded.