I am Chiara Barbeschi and study Security Studies (BSc) at Leiden University in the Netherlands. Interning at The Trench and representing the non-governmental organisation (NGO) as a Research Associate at the five Meetings of Experts (MXs) of the Biological and Toxin Weapons Convention (BTWC) is an incredible opportunity that Jean Pascal Zanders granted me. Blogging about it is a chance of sharing my perspective, impressions and account of the conference.

I know that there are also the daily factual reports Richard Guthrie writes and distributes in the meeting room. My posts convey the thoughts of a student experiencing the BTWC meetings for the first time.

On the first day, I arrived into an empty conference room, Room XX that would host the Meeting of Experts. Slowly as the delegates headed towards their assigned seats, the chair opened the session of MX1 with introductory remarks and administrative information. The fast pace of the MX1 was set and in one and a half days the report was agreed upon and the MX1 closed. In my opinion and from my observations, this pace can be explained by two opposing arguments. On the one hand, for some agenda items, few countries had prepared national working papers or did not make national statements. Thus less time was spent on these agenda items. On the other hand, as no significant disagreements appeared, MX1 took on a fast pace on issues for which many states had an interest.

My impressions on both days of the MX1 were that the interactive discussions were somehow limited. However, what struck me most were the knowledge-driven technical presentation and the various innovations given in the national reports. Some initiatives that I recorded as good innovations were

Some disagreements occurred on the establishment of a mechanism that should ensure the adaptation of Article X were evoked, but they were not particularly dealt with in terms of decision making. This drives my thoughts on the benefits that this mechanism would bring and the reasons why some State Parties find more disadvantages to it.

Overall, on the first day many agenda items were covered and many delegates were present in the room. In contrast, on the second day, more delegates were missing which could be due to various causes, perhaps due to the lack of interest of some State Parties or on a more positive note, the good progress of the previous day. At the beginning of MX1 it was pointed out that countries must send in their reports to demonstrate how they comply with Article X. Some delegations clearly encouraged this and highlighted the importance of this exercise, listing the various reasons to do so to those countries who had not submitted their report.

On the first day, the Russian Federation held a side-event on the international conference “Global biosecurity challenges. Problems and solutions” in Sochi in June 2019. The conference room was quite full and the panel did an excellent job at outlining the findings of the Sochi conference. Many points were raised in this side-event such as the full implementation of the BTWC. Then the database of Article X was discussed in terms of States’ comfort in using the data, guidelines on how to compose national reports on implementation of Article X knowing that universities and NGOs also play an important role. Some improvements to broaden the implementation of Article X were given including through education, active learning (E-learning practices), mentoring programmes (internships), regional and international meetings of academics, a systematic map of the regional evolutions concerning the BTWC and perhaps creating a checklist of obligations. The importance of sharing experiences, a review mechanism and rating of the ease of submission were also discussed. Finally, in the context of biological technologies, their fast advancement and ways States could deal with them, it was outlined that the focus must be on the known pathogenic groups as the future of pathogens might change along with their effects and targets. A very thought-provoking Q&A session followed with many interesting questions that were fully or partially answered with possible means. The most impressive part of this side-events was the exchange of knowledge which came from both the attendees and the speakers.

Having had the chance to participate in this event, my knowledge of the subject matter definitely increased. I am definitely looking forward to next MXs. 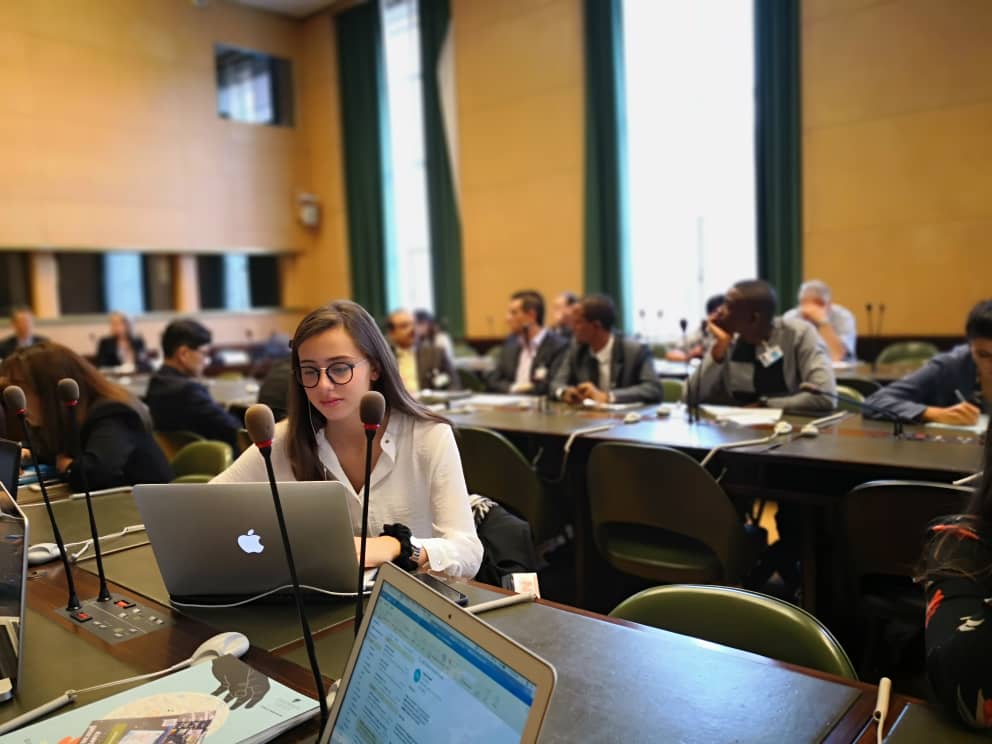 The next post will be on MX2, dealing with Review of Developments in the Field of Science and Technology Related to the Convention.