From 17 until 28 June I ran an Executive Course on Export Control at the M. Narikbayev KAZGUU University in Nur-Sultan (formerly Astana), Kazakhstan. Its goal was twofold. First, it tested in a real university setting parts of a master’s course on chemical, biological, radiological and nuclear (CBRN) dual-use technology transfer controls I have been developing since February 2018. Its second purpose was to attract interest in organising the full master’s course from other Central Asian academic institutes. read more

In my blog posting of 16 January entitled ‘Palestine: From a “will-be” party to the CWC to a “would-have-been”?’, I described how Palestine submitted its instrument of accession to the Chemical Weapons Convention (CWC) with the UN Secretary-General on 29 December, only to withdraw it on 8 January. Since having achieved the status of ‘UN non-member observer state’ in 2012, Palestine has joined over 50 international agreements, including the Biological and Toxin Weapons Convention, to which it became formally a party on 16 January. The CWC is the only treaty on which it reversed its position. read more

On 11 January Digital Journal, an online publication touching upon current events and with a penchant for science and technology affairs, published an Op-Ed by Megan Hamilton, an animal and nature-loving journalist based in Costa Rica, on Technology and the art of modern warfare. The piece is worrying enough for all the new technologies under consideration: fast-firing guns that could be deployed on satellites, direction-changing bullets, laser guns to knock out enemy drones, and so on.

The item that caught my attention was a discussion about a project once run by US Defense Advanced Research Projects Agency (DARPA) that turned insects into surveillance cyborgs (See also the Gizmodo blog). As Hamilton described it: read more

The introduction of chemical warfare to the battlefield on 22 April 1915 changed the face of total warfare. Not only did it bring science to combat, it was both the product of societal transformation and a shaper of the 20th century societies.

This collaborative work investigates the unfolding catastrophe that the unleashing of chlorine against the Allied positions meant for individual soldiers and civilians. It describes the hesitation on the German side about the effectiveness, and hence impact on combat operations of the weapon whilst reflecting on the lack of Allied response to the many intelligence pointers that something significant was afoot. read more 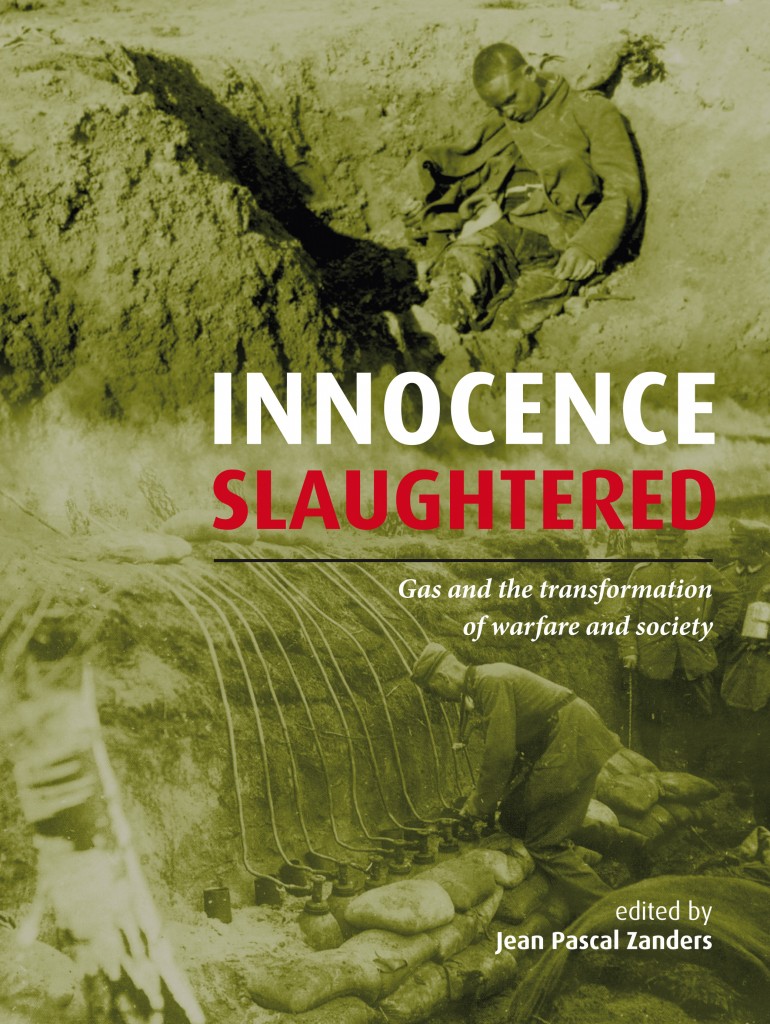 In the Greater Manchester area a 16-year old boy stands trial for having tried to buy 10 milligrams of abrin on the dark web. Abrin is a toxin found in the seeds of Abrus precatorius, otherwise known as jequirity or rosary pea.

UK authorities arrested him in February and have charged him under the Biological Weapons Act 1974 and Criminal Attempts Act 1981. In particular, the charge refers to the General Purpose Criterion (GPC) as framed in Article I of the Biological and Toxin Weapons Convention (BTWC) and transposed into British criminal law. As reported in The Guardian on 19 February: read more

It is true that pressure for Israel to join the Chemical Weapons Convention (CWC) is steadily mounting. Presently 190 states are party to the treaty. Besides Israel, only Angola, Egypt, Myanmar, North Korea and South Sudan have not ratified or acceded to it. As participants in the 2014 Jonathan Tucker Conference on Chemical and Biological Arms Control heard yesterday from Dr Peter Sawzcak, Head of Government Relations and Political Affairs Branch of the Organisation for the Prohibition of Chemical Weapons (OPCW), Myanmar is expected to ratify the CWC in its forthcoming parliamentary session in January. The Council of Ministers of Angola, which will take up a non-permanent seat in the UN Security Council next year, is to decide on joining the Arms Trade Treaty, Biological and Toxin Weapons Convention, and CWC really soon. South Sudan may also become a party to the CWC in the near future as part of a broader package deal under development. As was pointed out by some other speakers at the Jonathan Tucker Conference, being in the company of North Korea is not good for a democracy such as Israel. read more

The Asahi Shimbun (Japan) is publishing a set of  four articles on the Advisory Opinion on the legality of nuclear weapon use in armed conflict issued by the International Court of Justice in 1996.

I am not sure whether they make up the total package, but in case of future additions the articles can also be accessed from: http://ajw.asahi.com/tag/NUKE%20JUDGEMENT read more

[Marco Roscini, Reader in International Law at the University of Westminster, wrote this rejoinder on Arms Control Law. It is reproduced here with permission, as it forms part of a broader discussion about useful insights for nuclear disarmament to be derived from  chemical and biological weapon disarmament. – Jean Pascal]

Both Dan and Jean-Pascal offer excellent counterarguments in their replies to my blog post on the customary nature of Article VI, and I thank them for this. read more

[This contribution appeared orginally in Arms Control Law, and was in reply to a discussion on the blog. Links to the original arguments are included. – Jean Pascal]

This discussion between Marco [Roscini] and Dan [Joyner] on Article VI of the NPT and customary law is instructive.

In this particular case, Marco’s application of the notion to a single article rather than the totality of the treaty puzzles me. I would tend to agree with Dan’s counterpoint. However, Dan then refers to the CWC in its entirety to draw an analogy. In my mind a bit problematic for two reasons: read more